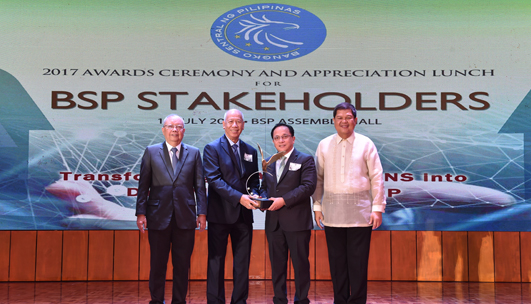 The award recognizes PNB’s exceptional performance in terms of remittance volume sent via the BSP’s Philippine Payments and Settlement System (PhilPaSS) for processing and settlement. As a settlement arm for overseas Filipino remittances, PhilPaSS ensures the safe and immediate transfer and settlement of remittance funds.

To date, PNB has a total of 685 branches and 1,143 ATMs strategically located nationwide. In addition, PNB boasts of having the most extensive international footprint among Philippine banks with 70 overseas branches, representative offices, remittance centers and subsidiaries across Asia, Europe, the Middle East, and North America.

Read our helpful advisory when it comes to E-Banking, Phishing and Credit Card Fraud