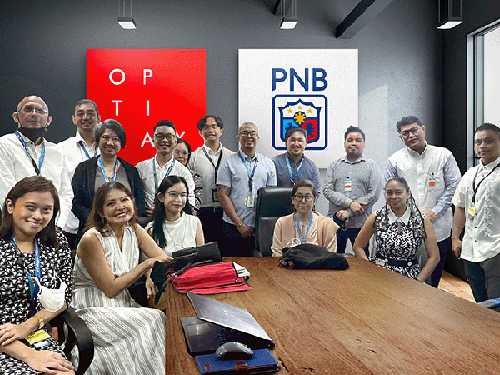 “PNB is honored to receive the award for a campaign that further strengthens the bank’s position in mobile banking. Filipinos can definitely lean on PNB as they continue to navigate the new normal,” PNB Acting President Florido Casuela said.

PNB launched the new and improved mobile banking platform – the New PNB Digital App – to address banking customers’ growing need for more reliable and user-friendly digital solutions in light of the continuing COVID-19 pandemic. It was aimed at meeting customers’ new expectations when it comes to the bank’s online platforms and services.

Providing a secure and easy way of banking anytime and anywhere, the enhanced mobile banking app offers clients a better experience through a fresh look, intuitive design, and quick access to frequent banking transactions with a customizable dashboard to boot.

PNB and DDB-Optimax came up with a launch campaign to maximize awareness of the bank’s strengthened digital thrust while creating demand for the new app. The latter handled the creatives, digital media executions, as well as publicity for the campaign.

“The PNB Digital App launch campaign was DDB-Optimax’s first campaign as a digital marketing agency. We are happy to have won the Quill excellence award as it validates the quality of the work that we do as a media agency that had transitioned into an integrated marketing communications agency two years ago,” said DDB-Optimax General Manager Ela Federigan-Chua.

The campaign kicked off with a soft launch via a press announcement teasing the new digital app. Online teaser video, e-posters, print ads, and billboards were put up showing the celebrity power couple and millennial parents Dingdong Dantes and Marian Rivera (DongYan) endorsing the new app. This was considered a comeback for DongYan who first did a TV commercial for PNB five years ago for the bank’s centennial celebration.

In July 2021, the app was officially launched with the premiere of the bank’s DongYan video, which was strategically scheduled in time for the bank’s 105th year anniversary celebration. Showing how “Life simply gets easier with the new PNB Digital App by your side”, the DongYan video was uploaded on PNB’s Facebook page and YouTube channel, and seeded on news sites and online blogs.

The omnibus material highlighted the app’s features such as Bills Payment, Fund Transfer, and QR Payment, as well as its new features and billers that users need for their daily banking needs. It included a call to action to download the new PNB Digital App via the App Store or Google Play, plus a reminder that the old PNB Mobile Banking app would no longer be available after a certain time. In support of the usage of the new PNB Digital App and to further engage with PNB stakeholders, the campaign was also complemented by a raffle promo.

Desired business results were achieved as well with a sizable number of new users enrolling in the PNB Digital Banking App. There was also a significant jump in usage and revenues during launch month which saw an increase in Bills Payment and Instapay transactions.